Welcome back, sign in:
Sign in with PhoneSign in with FacebookSign in with Email
Don't have an account?Sign Up
Please, flip your device!
DirectorySearch adsBlogForumContact
Sign InSign Up

The 5 best Porsches ever made in the world

Porsche still remains a legend in the world of German sports car manufacturers. The company has been very stable for more than a century, producing some of the most compelling and high-performance cars in the world. It is very difficult to say which model is the best, so we compiled a list of the best models ever made.

Most of the cars have been produced in recent years and others are no longer in production, however, all of them have the same characteristics and are surely faster than you think.

If you are familiar with the "hybrid hypercar" then you already know the 918 Spyder, which is the same thing. The term originated when this sports car appeared at the Geneva Motor Show in 2010. Only a few cars lived up to the 918 Spyder. It has a 4.6-liter V8 that works in conjunction with two electric motors that result in an output of 887 horsepower and 944 pound-feet of torque.

Apart the 918 Spyder, we have to remember when it all started. Porsche was founded in 1931, but it was until 1948 that it launched its first vehicle, the 356. The 356 had a unique rear engine design that was packed into a lightweight package. The two doors that it had served as a template for the other models of the Porsche brand.

Undoubtedly if you think of one of the most modern racing car manufacturers and Porsche will come to mind. They are one of the best known race car manufacturers in history and the Porsche 917 is one they will never forget. This machine gave Porsche victories at Monza, Daytona, Brands Hatch and Spa.

The 959 started life as a Group B race car that was built to conquer the Paris-Dakar rally. The 959 was a sports car and eyes couldn't resist as it was one of the modern sports cars of the 1980s.

The Porsche 911 during the years 1973 to 1974 was a car that anyone would like to drive. It was regarded as the king of the road and was designed to meet all the demands of motor sports. The 911 has a stiff suspension, a spartan cabin, and a great set of brakes. 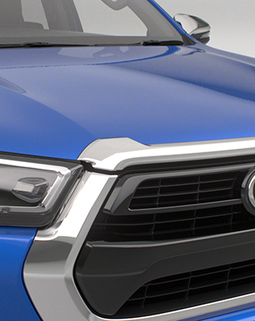